The Finnish Supreme Court has provided a precedence in a transportation matter regarding jurisdiction of Finnish courts. The case has been ongoing for years. Now the European Court of Justice has also provided a preliminary ruling in this case regarding interpretation of the Brussels I Regulation.

Conclusion regarding jurisdiction| Outcome of the precedence

The Finnish Supreme Court judged in the precedence that the carriage within UK did not fall under the applicability of the CMR Convention. Neither, were the Finnish Road Transport Acts’ rules regarding international transportation applicable to it. Therefore, the rules enacting jurisdiction under the above-mentioned legislation did not apply. Furthermore, it was not proven when presenting the case in front of the court that the parties had agreed on jurisdiction.

In the precedence the Finnish Supreme Court confirmed that the Finnish District Court having jurisdiction over the place of dispatch may review the matter under the Brussels I Regulation Article 5 paragraph 1. The precedence is based on the requirement of predictability which requires that the court before which the proceedings may be brought is that of dispatch or delivery according to the interpretation of the Brussels I Convention. This view corresponds to the European Court of Justice preliminary ruling provided in the matter and herein below reviewed in more detail.

First of all, we point out that in the matter Brussels I Regulation referred to is that of [(EC) No 44/2001] which is not currently valid anymore.

“This Regulation shall not affect any conventions to which the Member States are parties and which in relation to particular matters, govern jurisdiction or the recognition or enforcement of judgments.”

Furthermore, the Finnish Supreme Court stated that the CMR Convention is such convention as indicated in the Article 71. Moreover, the case law of European Court of Justice confirms that the domestic court can apply directly CRM Convention and its article 31 paragraph 1 enacting jurisdiction, when applicable (judgement 4.9.2014, Nickel & Goeldner Spedition, C-157/13, EU:C:2014:2145).

After thorough review of the matter the Finnish Supreme Court concluded that the first part of the carriage had ended at the port in Finland where the machine was loaded to the vessel by using the carried machine’s own engine.

Furthermore, the Finnish Supreme Court argued that the rules of CMR Convention regarding international carriage were not applicable to the part of carriage within UK. Moreover, the Finnish Transport Act corresponding to the CMR Convention is not applicable in the matter either. Therefore, the rules of these legislations regarding jurisdiction cannot be applied in the matter.

Finally, the Finnish Supreme Court concluded that the Brussels I Regulation is applicable and therefore enacts jurisdiction in the matter.

“Whether the second indent of Article 5(1)(b) of Regulation No 44/2001 must be interpreted as meaning that, in the context of a contract for the carriage of goods between Member States in several stages and by a number of means of transport, such as that at issue in the main proceedings, both the place of dispatch and the place of delivery of the goods constitute places where transport services are provided, for the purposes of that indent.”

“The second indent of Article 5(1)(b) of Council Regulation (EC) No 44/2001 of 22 December 2000 on jurisdiction and the recognition and enforcement of judgments in civil and commercial matters must be interpreted as meaning that, in the context of a contract for the carriage of goods between Member States in several stages, with stops, and by a number of means of transport, such as that at issue in the main proceedings, both the place of dispatch and the place of delivery of the goods constitute places where transport services are provided, for the purposes of that indent.”

Moreover, the European Court of Justice argued in the preliminary ruling that the solution confirmed by the court complies with the requirement of predictability, since it enables both the applicant and the defendant to identify the courts of the places, specified in the contract for carriage, of dispatch and delivery of the goods as the courts before which proceedings may be brought (see, to that effect, judgment of 4 September 2014, Nickel & Goeldner Spedition, C‑157/13, EU:C:2014:2145, paragraph 41) as the European Court of Justice stated in the paragraph 24 of the ruling.

The Finnish Supreme Court argued in its precedence based on the interpretation of the Brussels I Convention that in the matter at hand, both the place of dispatch and the place of delivery of the goods, constitute places where transport services are provided in the case at hand.

For the sake of clarity, we point out that the matter was decided by five Supreme Court Justices including the President. The precedence was unanimous decision.

We recommend that at the time of drafting and negotiation a contract the parties should also focus on contractual issues regarding dispute resolution and jurisdiction. Earlier in our article we pointed out that a well drafted agreement can save substantial amount of money and at the same time limit legal risks. This is essential in respect of international agreements where choice of law and jurisdiction clauses can become at the time of dispute extremely important and cost dearly if not given thorough thought at the time of drafting.

LKOS Law Office’s lawyers are available to assist and to clarify any questions you may have regarding the above precedence or your current business law issues. Please feel free to contact our Specialist Partner Oscari Seppälä in respect to international trade or transport law matters.

LKOS Law Office is a boutique business law office located in Helsinki. We provide high quality legal services to foreign and domestic companies. We are specialised in transport-, maritime-, insurance- and international trade law issues. Our office is elected as transport law office of the year 2019 in Finland.

Furthermore, our NewLaw -concept secures that we serve all of our clients individually and by way of exceeding their preliminary expectations regarding business law services.

Moreover, we are a reliable partner in a rapidly changing business environment. 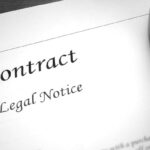 Our specialist in this subject matter is Oscari Seppälä.  For further information please contact our specialists by email or by phone (+358 40 672 4285).

In case you are interested in hearing more about our services and personnel, please do not hesitate to contact us by email or visit LKOS Law Office webpage for further information.

Should you wish to hear and read our latest news directly please follow us on LinkedIn.