The case concerned among others whether the agreement between the parties was in force in respect of all the required hours worked. On the other hand, it was under dispute whether there had been inaccuracies in the performance of the work. Furthermore, alleged oversizing of the subcontractor’s working hours was reviewed and under dispute as well.

District Court Decision | The claims of both succeeded

The District Court settled the matter so that the claims of both parties were successful. Moreover, the parties were ordered to bear their own legal costs. The other party was not satisfied with the decision of the District Court and appealed to the Court of Appeal. Similarly, our principal lodged a cross-appeal.

The Court of Appeal took up the case and upheld both parties’ applications for leave to appeal.

On the contractual relationship

No detailed evidence was provided regarding the alleged errors and ambiguities in the hourly billing. This was significant because other subcontractors had also done the same work at the site. In addition, in the case, the basis for the ambiguity of the hourly billing remained unclear, i.e. whether there was an error in the hour record device or the fact that the persons did not stamp themselves into the system (hour record device) at all. Therefore, there was no causal link between the alleged ambiguities and the subcontractor’s procedure.

Therefore, our principal’s claims for outstanding claims were accepted in full on a contractual basis. Similarly, the other party’s claims for compensation for the alleged damage and for overcharging of hours worked were rejected in their entirety. In addition, the other party was ordered to remunerate the legal costs of our principal in the District and Court of Appeal processes.

The challenges of proof at the appeal stage | Construction dispute

In the matter, one of the challenges we faced was that at the appeal stage it was not possible to hear all of our principal’s witnesses (compared to District Court phase). Therefore, we were required to conduct a significant reassessment of the evidence and focus on the relevant aspects of the evidence presented. In the case, however, these challenges of proof were successfully overcome.

About our principal and their assessment of LKOS Law Office

KSL Rakennus specializes in subcontracting on construction sector. They supply professional staff to their clients use. They operate in numerous construction sites in the Helsinki metropolitan area.

LKOS Law Office co-operates and supports start-up companies and advises its principals on demanding business law issues. We are glad that we were able to assist KSL Rakennus in a significant and case of principle for them.

“The legal assessment of LKOS Law Office in the case was in line with the decision received. As for the appeal, we initially made a business decision. The cross appeal was straightforward as the case progressed to the appeal stage. We value the honest and pragmatic approach of our business law advisor. We can warmly recommend LKOS Law Office as an expert in construction disputes and contract law,” says Sergei Kisel, CEO of KSL Rakennus.

The trial ended with the desired outcome for our principal. “Our principal is naturally very satisfied and happy with the result we have achieved. We are glad that our hard work was rewarded in the best possible way,” says Oscari Seppälä, Specialist Partner at LKOS Law Office leading the team of LKOS Law Office representing client in the matter.

Our general view of the case

When appealing from a decision, it is necessary to assess the issues related to the evidence and the law once again in detail. In this case, it required that facts and prove required to succeed in the appeal stage were required to be reviewed and assessed once again. An erroneous assessment of the issues of evidence or the law usually leads to a situation were irrelevant evidence or claims are presented. In such case legal work and resources are allocated to erroneous sources.

As is customary in litigation process, the evidence is the most challenging to assess in advance. For this reason, a claim for appeal includes the possibility that the presented evidences will be evaluated or presented in a different way than in the lower instance. Therefore, the success of an appeal is not always self-evident. In the case at hand challenges regarding evidence were successfully overcome. In a construction dispute challenges as above indicated are regularly faced.

The requirement of business law services is to create added value to the client. This added value is generated for example in litigation process by assessing when there is a chance of a successful appeal and positive outcome to the client. When considering whether to appeal, we recommend evaluating e.g. the following points:

The team of LKOS Law Office which were in charge of the matter was led by Specialist Partner Oscari Seppälä. 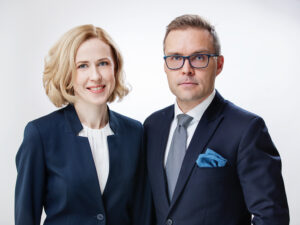 LKOS Law Office is a reputable business law office established in Helsinki. We provide internationally awarded legal services to foreign and domestic companies. Our office is internationally recognised and known for business-savvy counselling. Further to this, we are a reliable partner in a rapidly changing business environment. We regularly advise on matters related to transport law, labour law, construction, sanctions, anti-bribery and international trade.

In case you are interested in hearing more about our services and personnel, please do not hesitate to contact us by email or visit LKOS Law Office webpage for further information.

Should you wish to hear our latest news directly please follow us on LinkedIn.

** This article is for informational purposes only and is not intended as legal advice.